This page provides Cayman information regarding culture, vacations, destination, basics, history, and more. It’s Caymanian tradition to welcome newcomers with open arms; whether you’re dining at a restaurant or spending a day on the beach, you’ll be treated as though you were born here. We believe that anyone and everyone should experience the beauty of the Cayman Islands, and we’re eager to share it with you.

Adapting to a new environment can be difficult. Cultural traditions may be different than yours, which can make it challenging to navigate simple tasks – like finding a hotel or purchasing a gift. Life in the Cayman Islands is easy to adjust to, but it can be even easier if you have an understanding of the way things work.

In the Cayman Islands, the Cayman Islands dollar is the official currency. If you’re coming from the United States, you’ll be pleased to know that the U.S. dollar is also accepted almost everywhere. Popular souvenirs from the Cayman Islands include woodcarvings, hot sauce, spices, coffee and artwork. Caymanite jewelry can be found at a cheaper price than many other ports of call, and gourmet sea salt is a Caymanian tradition that can’t be missed.

Traveling by cruise? Finding your way around might seem tricky, but it’s actually very easy to get to the islands. A small boat will pick you from your cruise ship and transport you to George Town, the heart of Grand Cayman, where you’ll be able to take advantage of numerous duty-free shops featuring local artisans.

The Cayman Islands have a tropical marine climate and boast an average temperature of 80°F – this means that it’s beautiful year round!Summers (May-October) on the Island are humid and warm, while winters (November-April) are dry and hot. If you’re looking for sun, sand and surf, there’s never a bad time to visit the Cayman Islands. Keep an eye on the weather forecast, though – we have been known to experience the occasional hurricane.

First sighted by Christopher Columbus on the 10th of May, 1503, the the Cayman Islands were a refuge for pirates and shipwrecked sailors until the early 1700’s.It isn’t difficult to imagine marauders and raiders running up and down the beaches of Grand Cayman! Little is known about the initial discovery of the Islands, but it is believed that a large portion of the first inhabitants were deserters from Oliver Cromwell’s army in Jamaica.

In 1670 the Treaty of Madrid was signed, and England took control of the Cayman Islands (as well as Jamaica). Despite repeated attempts at settlement, it wasn’t until the mid 1700’s that a permanent, English-speaking population was established. Slaves were brought to the Islands soon after, and until the abolition of slavery in 1833 well over half of the population consisted of African slaves.

As years passed the colony on the Islands continued to flourish, and in 1962the Cayman Islands became a Crown colony.

If you truly want to experience the culture of the Islands, Cayman cuisine is the place to start. Typical Caymanian meals are centered around Jamaican and Afro-Caribbean foods like cassava, plantain and bread fruit. Conch, tuna, snapper and mahi-mahi provide excellent sources of protein, while curries are used liberally in a wide variety of dishes.

Once dependent on fishing and turtle harvesting, the Cayman Islands now has the 14th highest GDP in the world. Afro-Caribbeans and colonists of Great Britain have largely influenced the culture of the Cayman Islands, although immigrants from the United States have played a small role in shaping tradition as well. 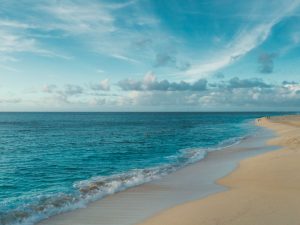 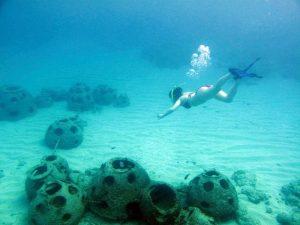 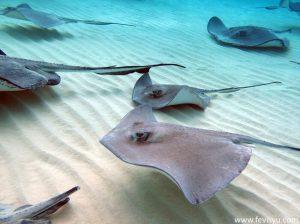 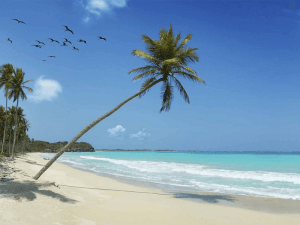